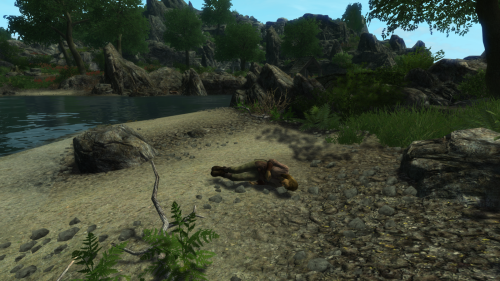 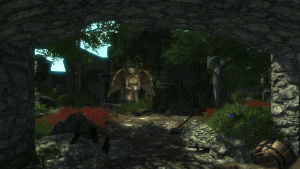 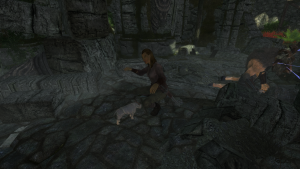 On the small island where the Old Three River Watch Lighthouse is located, you will spot an Aeterna woman lying down. Upon speaking to her, you will see that she is asleep and having a nightmare about Elfriede. When she wakes up and calms down, she will tell you that Elfriede has been kidnapped by a vatyr. Eshra then asks you to rescue her precious from the Lighthouse.

Go to the lighthouse, the entrance is to the left of the winged statue, but be careful, as the vatyr is waiting for you there. Kill it, and interact with the box the quest marker is pointing towards. It is on the first floor of the lighthouse, near the entrance. After opening the cage and freeing Elfriede(which turns out to be a baby leor), Eshra will run up to thank you and give you the quest rewards.