Even in the civilized world the handling of magic differs greatly among the individual lands. This is primarily due to two causes: Firstly, because of the varying ideals of the gods themselves, and secondly, because of the influence of the native cultures before their lands were conquered by the Light-Born.

On Enderal every mage has to report his talent to the Holy Order and has to undergo the “walk to water.” Otherwise, he will become a wild mage in the eyes of the law — and therefore a criminal. After he has completed the walk to water, his name will be added to a register and he will thus become an arcanist. Skilled arcanists — especially those who take on the novitiate and successfully become a part of the Holy Order — have a high reputation, although they often face distrust and fear. According to the 101 verses, magical talent is not a fate which is in opposition to the holy path of the individual. If, for example, a farmer discovers this talent in himself, he is nonetheless required to continue on his path after he has completed the “walk to water.” Magical talent is thus to be understood as a challenge which must be mastered. 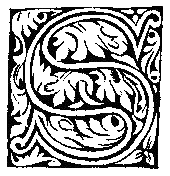 Both Qyra and Kilé have fewer regulations from their ruling castes. Instead, so called mage circles, consortia of arcanists, exist, which offer their services as mercenaries and researchers for various purposes. These circles represent very progress-oriented and pragmatic ideals, which is why many notable arcanists and researchers of Vyn originated from them. Although a free-spirited individual may find these thoughts appealing, it is an open secret that certain circles, especially the “Sbintoza,” offer their services for unscrupulous research purposes as well. For further information, the student of magic is recommended to read the work “The Sbintoza — Facts and Speculation” from the same author.

The lands of the wild exhibit — as one would expect — a primitive and almost pitiful handling of magic. They attribute their magical talents to nonexistent idols or the voices of the dead and practice shamanistic rituals. For this reason, they won't be given any further attention in this tome.

The handling of magic on Nehrim and Arazeal — at least in the civilized parts — is very similar to the Endralean way.

(Librarian's note: Since the death of Erodan and the takeover of Nehrim by Chancellor Barateon, only the members of Barateon's guard are permitted to use magic. Wild mages, especially Aeterna, are pursued and punished with draconian brutality. The root of this persecution is, presumably, the chancellor's fear that his power might be challenged.)