Sila Foxhand is a possible protagonist of the side quest chain titled Divide and Conquer. She is also one of the many regular revelers spending their leisure time in the tavern of a somewhat dubious reputation, The False Dog in the Undercity. The side quest revolves around her complicated relationship with her brother, Milbert Foxhand.

In the Aftermath of the Raid...

The Road to Ark

According to Milbert Foxhand , he and his sister, Sila, spent their childhood years in a peaceful coastal village of Foamville with their parents . The idyllic village's existence was brutally halted by a bandit raid that resulted in total destruction of the village and the death of the children's parents. Milbert and his sister narrowly managed to escape the bandit’s wrath, and successfully found a safe haven in Ark. The guards forcefully directed the children to the slums of the Undercity.

Sila Foxhand elaborates more on the siblings’ narrow escape from the merciless hands of the bandits during the raid on the Ruin of Foamville. According to Sila, Milbert Foxhand left her behind in favor of gathering as many valuables before fleeing, not even trying to help or waiting for her to join him. Abandoned by her brother, Sila found her own way to Ark where she thought her brother would have gone. As she says it, her appearance in Ark was met with less than joy by Milbert Foxhand. Sila does confirm that Milbert Foxhand pays the rent for her lodging in the barracks, but the rent is covered from their parents’ heritage and it should not be something that she can be grateful for.

Sila and her Revenge

Distraught and frustrated, Sila is determined to finally settle her issues with her brother, Milbert Foxhand, and she was the one behind her brother’s mysterious disappearance from his usual place. Inside her room in the barracks Sila used to sleep next to a beautiful landscape picture, which depicted her home village. It seems that the memories of the raid and appalling massacre still haunt Sila, as she had planned the murder of Milbert precisely among the complete ruins of Fomaville, their childhood place. Those ruins can be either a place of her dramatic fall or her bittersweet revenge, depending on your choice.

If you decide to kill Sila, she will have the following items: 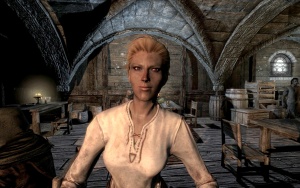 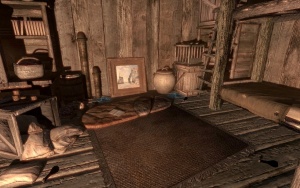 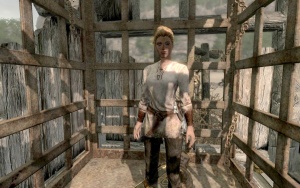