Along with Psionics, Entropy is one of the most infamous of the magical disciplines and is part of the school of Sinistra. It is comprised of the manipulation of life and death, the conjuration of supernatural creatures, and the use of necromancy.

An entropic mage brings about eventualities which alter a being's life force. Thus he does not hesitate to revive deceased beings, imbuing them with artificial life and so deliberately turning them into Lost Ones — undead marionettes obeying his will. Furthermore, entropists understand how to conjure magical anomalies, ethereal creatures such as wolves, bears, or trolls, and elementals or weapons.

However, the most abominable and dangerous form of Entropy is necromancy. In this discipline, the conjurer is able to focus the energy of death and use it against his enemies. To understand this, the student of magic must be aware of the following: Death is an omnipresent power, inherent in every living being. It is present from the day of one's birth, although for the first two decades one's life force can withstand it; afterwards, however, it drains one's vitality little by little until it is spent. An entropician is capable of bringing death that exists in other realities into ours in a focused way. The result is a fearsome thunderstorm of lightning and fire, the sounds of which resemble the cries of the fallen ones.

Indeed, necromancy exceeds all other schools in terms of sheer destructiveness, but at the same time, the practice draws upon the mage's life force as well. It is not uncommon for entropists themselves to die through the excessive use of their magic.

The use of Entropy is forbidden to Path-abiding arcanists and is punishable as a capital offense. The bone readers of the Skaragg — and rumor has it, some mercenaries from Melêe — are known for practicing it. While the motivation of the latter remains unknown, the Skaragg consider Entropy to be holy, which is no wonder considering their general barbarism and Pathlessness. Nevertheless, for reasons unknown, the bone readers seem to be more successful in bearing the physical consequences of its use.

Key elements of the Skaraggean Entropy include bones and body parts of the deceased, as well as diverse narcotics by which the bone readers believe they are able to establish contact with the dead. It is assumed that they believe the bones function as some sort of “focusing point.” Of course, if these barbarians had any proper knowledge about magic, such ostentation would be absolutely unnecessary. 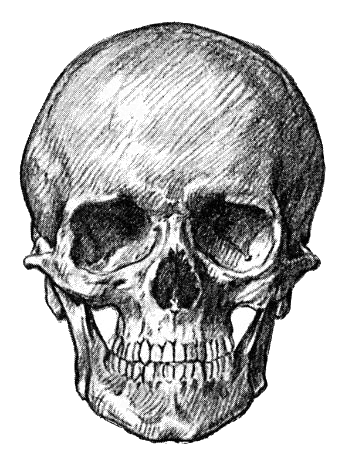