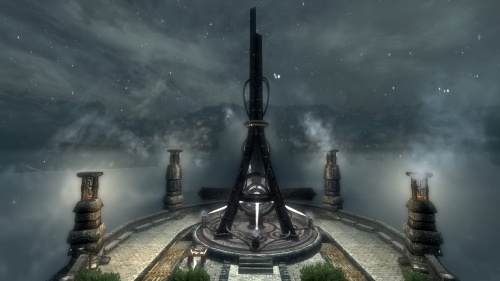 Initial
Despite all efforts: The Cleansing happens, initiated by Tealor Aranteal himself. The Black Guardian wanted to convince me to abandon humanity to its fate and escape to the Star City. There I should attend the development of a new civilization, but I declined. I, as a projection, should be able to destroy the Beacon - even if that doesn't stop the Cleansing on Enderal and kills me for sure it also grants another chance to the rest of the world. I have no other option but to trust in them. 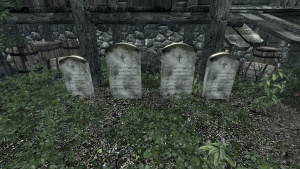 You, Daddy, Mommy, and Sister.

This quest will begin after Fleshless, if you choose to destroy the Beacon instead of fleeing to the Star City. Use the teleport scroll added to your inventory to teleport to the Sun Temple. Before destroying all the Black Stones, you can talk to Grandmaster Tealor Arantheal and the companion you didn't romance for the last time in Sun Temple.

Grandmaster Tealor Arantheal is lying on the Beacon. He does not regret lighting up the beacon and is unwilling to believe he himself is the one who initiated the Cleasing. The quote "I lead them to the light, I alone" are his last words.

When you're ready, walk to the Beacon and attack the marked Stones to destroy them. The screen will go white, and you'll find yourself on the Dream World again. This time, however, it's rainy and Daddy isn't present and the only thing in sight will be a few gravestones. Interact with them and your companion will narrate a few of the events that happened after your death, as you float away and disappear from reality.

Then, this quest will end and the credits will roll. Congratulations, you have just finished Enderal!