Difference between revisions of "Enderal:Races" 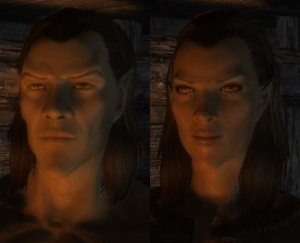 Native to the swampy continent Myar-Aranath, the destruction of the land caused by decades of war forced many Aeterna to escape to other countries ... where various destinies awaited them. Some pursued or disregarded them because of their innate magic talent ... while others revered them for it. Many Aeterna earn their life as traveling minstrels.

Aeterna are an ancient elf-like race and very proficient in magic. They are guaranteed to be able to use magic (unlike humans who have only a very small chance to have the inborn talent for magic). 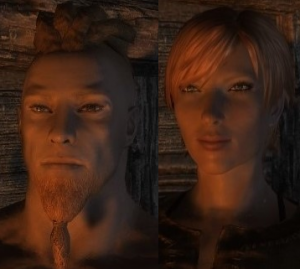 Originating in the barren and steppe-like continent Arazeal, Arazealeans bear the stamp of a split people. While the natives in the steppe maintain their pathetic traditions ... the coastal inhabitants regard them as primitive and struggle for recognition as a full-fledged part of the civilized world.

Arazealeans are a "wild" and nomadic human race that live in tribal-like social structures. They are often looked down upon for their savage lifestyle and many times work as mercenaries because of their natural strength as fighters. 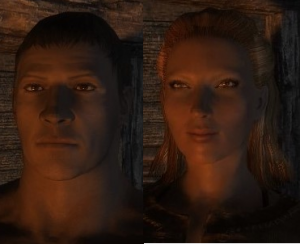 As a secluded people, the human inhabitants of the "Belt of Kilé" (a belt of small islands) are said to have a reclusive mind. Kilénians are deemed to be exceptional businessmen ... a belief that can be ascribed to the success of the "Blue Island Coalition", which is Vyn's largest trading company and is located in Kilé. 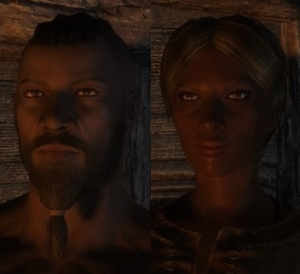 Qyranians originate form the namesake desert continent, which is said to be both barren and inhospitable. At the same time it is also known as the cradle of science, mysticism, art and culture. While many foreign countries admire Qyra for its advanced culture, they are often deemed as heretical and immoral ... especially on religious continents like Enderal.

They live in so-called "circles" in which multiple men and women live together to mutually raise their children.