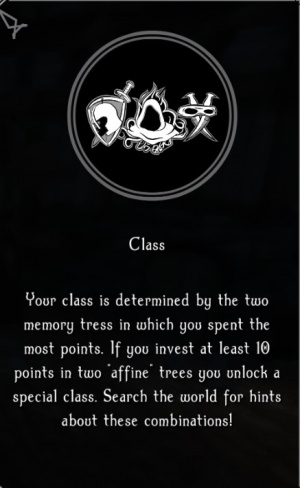 Initial
If I want to survive in Enderal's wilderness I need to become more skillful - perhaps I can get helpful hints in libraries, ruins or through conversations.

This quest is about unlocking your "special" class and the quest will be finished once you've done that. If you don't know what is a special class, it is suggested to read up on it here. Finding out about new classes through merchants and books doesn't give you any rewards, they're only hints on how you could be distributing your points to unlock certain classes.