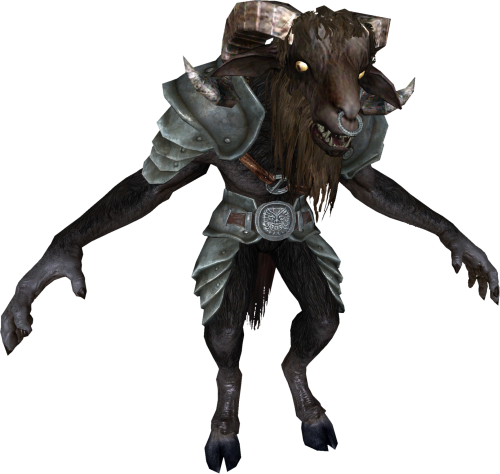 Vatyrs are large, goat-like monsters that can be found throughout Enderal.

Vatyrs resemble humanoids with large goat heads. They possess sharp fangs and claws with which they attack, and have goat hooves on their legs. They are able to close the distance between themselves and the player quite rapidly due to their speed, and are often found in groups. Many Vatyr camps can be found across Enderal which might suggest some degree of intelligence.