00020B43
25
1.00
Locations
Vyn
A geographical overview
from Derrek Dal-Monag, arcanist of the second signet
Foreword

his composition is an approximation. One would be impudent to claim that he knows Vyn in all its magnitude — there are too many white spots on the maps, too many sunken exploration vessels, too many island rising and sinking back with each century from the sea.

Ergo this is a compendium of all, that different geographer, philosopher and clerics of the civilized worlds have come to an agreement about.

The civilized and the godless world

Those continents under the rule of the Light-born are referred to as the civilized world. This includes Qyra, Arazeal, Nehrim, Enderal, the belt of Kilé, and, of course, Inodan, the domicile of the gods. In each of the first five named continents rules a Light-born, whose worship defines the culture of each country.

The known lands of the godless world however are the Skaragg-Islands, Melêe, since Zoras revolt Myar Aranath and since the battle of Tirmatral also Arktwend. While in the lands of the Light-born are dominated by peace and stability, the godless worlds are defined by anarchy, chaos and idol cults.

The elapsed and the red sea

The elapsed sea surrounds the continents of Myar Aranath and Arktwend, the Skaragg-Islands and the belt of Kilé. The southwest is tropical; but the rest of the sea is harsh and grey, which can be linked back to the magic contamination of Zora's war.

Lands of the civilized world 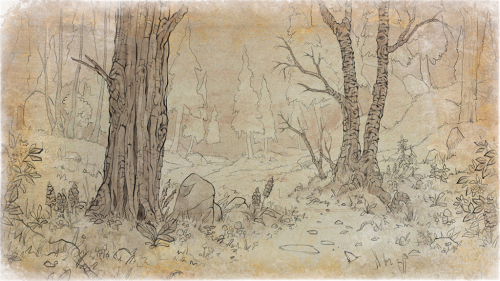 Enderal, our home, lies northeast of Nehrim, in the red sea. It is estimated to be bigger than the belt of Kilé and Arazeal, but smaller than Nehrim or Qyra.

The land of Enderal is diverse: There are heathlands, fir forests, mixed forests, fertile coastlines, but also crystallic forests and an extensive desert. The capital of Enderal is Ark, which is in the southeast of the land, build at the hillside of the King's rock.

Enderal is the headquarter of the holy order and the dominion of the light-born Malphas. 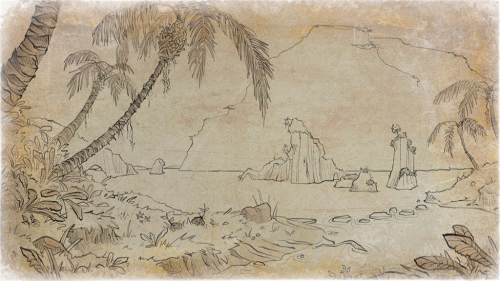 The belt of Kilé is an island chain of 77 tropical island, in total, and is located west of the Skaragg-Islands, in the clean part of the elapsed sea. The islands of Kilé are reckoned as dangerous because of the exotic fauna, yet at the same time they are rich in natural resources and spices. The capitol of the belt is Uunil-Yâar and is located on the biggest Island, the so-called Blue Island.

The Kiléans pray to the goddess Morala. 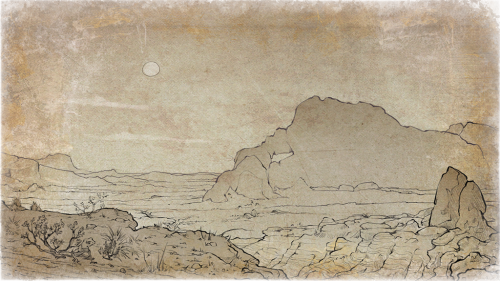 Arazeal lies south of Qyra and is mainly composed of velds and rocky desert. It is debated, whether Arazeal can be counted as a part of the civilized world, which can be traced back to the conflict between the wild tribes in the west and south and the civilized people in the coast towns. For those interested, the author recommends his work “The war for Arazeal”. The (civilized) Arazealean worship the light-born Irlanda. 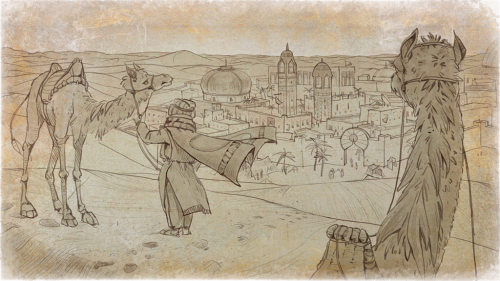 Qyra is together with Nehrim the biggest continent of Vyn. It lies directly east of Nehrim. Three quarters of the landmass are covered by an infertile desert, in whose center lies the enormous, monolithic formation known as Asâtoron's spears. The capitol of the land is at the southeastern coast and is called Al-Rashim. Al-Rashim is deemed to be the biggest city build by human hands, so far. 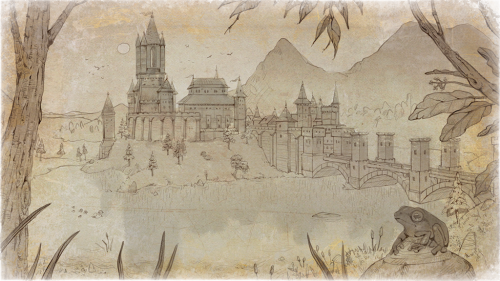 Nehrim is located in the center of Vyn and is, together with Qyra one of the two biggest continents. It is separated into three regions: the subtropical Southrealm, which is ruled by an idol cult (the Temple of the Creator) and therefore part of the godless world, the mountainous, snowy Northrealm, and the moderate Middlerealm.

The light-born Erodan was worshipped in the North- and Middlerealm until his departure of this world.

The Northrealm divided itself 8225 a. St. through a malicious rebellion from the Middlerealm. Since then the two realms rage war against each other, while the Southrealm completely secluded itself. The Middlerealm is under the rule of Chancellor Barateon since 8202 a. St.

Lands of the godless world
The Skaragg-Islands 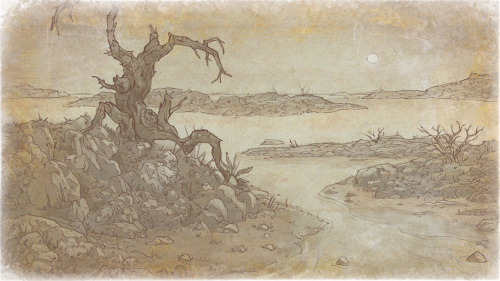 The Skaragg-Islands are a connection of four big and several smaller Islands near the elapsed sea. Because of the magical contamination the Skaragg-Islands have scarce vegetation, rocky and inhospitable. The Islands are ruled by three feral tribes, which are in a constant war with each other. The matriarchy, at the top of the tribe, are the Bonereaders — witches, which claim to be in contact with the dead through wild magic. 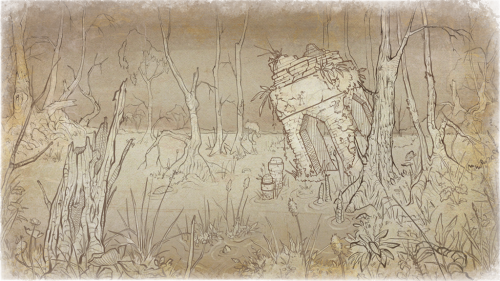 Myar Aranath is the homeland of the Aeterna and is located northwest of Arktwend, in the center of the elapsed sea. Even before its devastation through Zora's war, Myar Aranath was an inhospitable area, mostly consisting of mangrove forests, swamps and bogland. Since the magic contamination the air is thick and only hardly breathable, and the smell of entropical magic is all around. Myar Aranath was never in the dominion of a light-born, and since the war in 4523 a. St. most Aeterna left the land. Today it is mainly inhabited by Arp and the “children of the swamp”, a primitive and brutal tribe, which is only a shadow of the advanced civilization which used to be Myar Aranath. 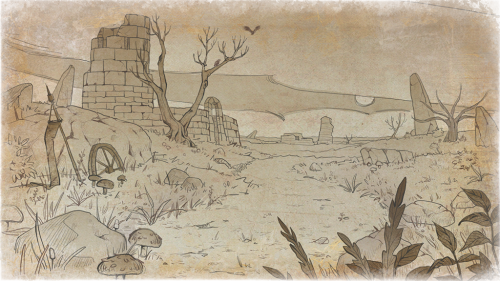 Arktwend (originally Tirmatral) is an enormous continent west of Nehrim. Once an enigmatic realm under the rule of the light-born Tyr, it is since the most recent war in 8202 a. St. abandoned and is mainly inhabited by outlaws and grave robbers, living in the ruins and on the quest for fortune.