This article is about the game. For the country with the same name in this game, see Arktwend.

Arktwend: The Forgotten Realm is a Total Conversion Mod for Bethesda's The Elder Scrolls III: Morrowind. It was made by SureAI and is available in German and English. It was released on October 20th, 2005.

The game is set in the world of Vyn, specifically on the island of Melee and the continent of Arktwend, formerly known as Tirmatral. The total size of the map is around 30 square kilometers. 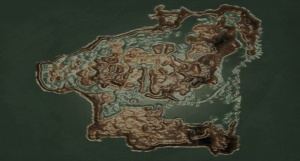 Arktwend has a few climate zones. The central part of the continent is largely made up of forests and tall mountains, with a colder climate to the east. The south of Arktwend is home to an expansive desert as well as a volcanic region. The northern and eastern areas of the land are lined by the tall Ring Mountains. The capital of Arktwend is Stormwend, the spiritual and cultural center of the country. 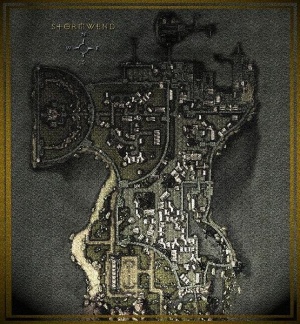 The story is set in the year 915 a Tr. (after the fall of Treomar) at the time of the reign of Chancellor Brutus.