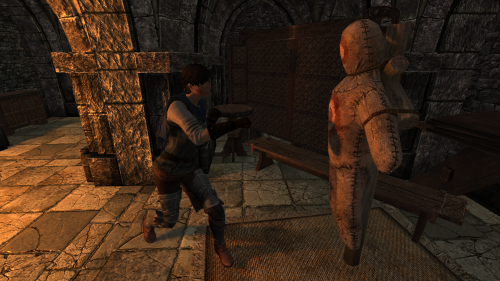 This quest will begin automatically a day after Angel has been completed. You'll find Calia Sakaresh on the lower floor of the Scuela, practicing with a training dummy. Talk to her, and you'll realize that she has become even more reclusive and closed after what happened during Angel, because she believes that is the only way she will be able to control herself, to never let "it" take control again.

She says that she is thinking about leaving The Holy Order, to distance herself from everyone and everything, but you'll be able to convince her to stay, at least until the fight against the High Ones is complete. After that, Calia says she needs to be alone to think about everything, and the quest will end.